Scientific research creates over 5.5 million tons of plastic waste annually, which is 1.8% of the plastic waste produced worldwide. This while only 0.1% of people are scientist.  Practices to reduce plastic waste in research is becoming a priority in more and more labs.

#LabWasteDay is an annual social media campaign set up to demonstrate how much plastic is used by scientists all around the world. On Twitter, the hashtag #LabWasteDay showed photos of plastic garbage they create in a day. On average, scientist produce  300–400g plastic waste per day, which is  70–100kg per year. 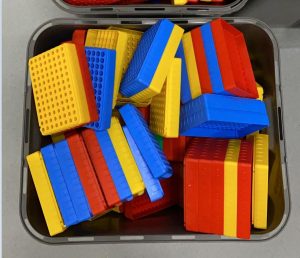 Scientists use disposable plastics for speed, convenience and sterility in addition to the lower costs involved. However, repeatedly used glassware is cheaper in the long run and has a lower environmental impact. This is why labs nowadays switch to sterilised glass materials where possible and lower their plastic usage. The practices to reduce plastic usage in labs is not only to prevents plastic waste, but also to save money!